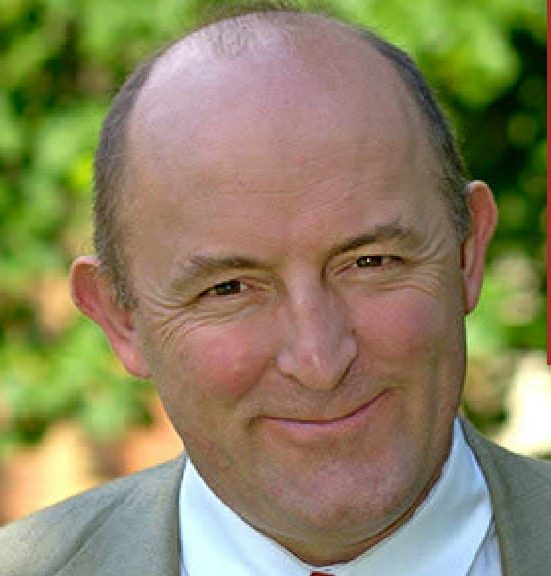 Gareth Evans works as Professor of Medical Genetics at Manchester University in the UK. He is an international leader in the field of Neurofibromatosis genetics research and he specialized in NF2. He is also a member of The Neuro Foundation and he was one of the main speakers at the 16º European Congress of Neurofibromatosis, held last September in Barcelona.

I won the Clinical Genetics Society Research award and presented my research at the International Congress of Human Genetics in Washington in 1991.

I needed a condition to undertake my thesis research and there had not been a proper study on NF2. Our laboratory was also carrying out research to find the gene in 1990 and there was great surgical expertise in NF2 in Manchester.

How would you explain what NF2 is to a child?

NF2 is a condition that can be inherited from one parent or the other or start with that person/child. The main problem is benign non-cancerous lumps that grow on the nerves, especially the ones for hearing and balance. This can mean operations to remove the lumps.

We would like you to talk us about your current work regarding NF2.

I am looking again at all molecular aspects of NF2 as well as treatment responses to bevacizumab.

What kind of work do you undertake in your lab?

My laboratory undertakes DNA testing of blood and tumour samples for NF and two other genes SMARCB1 and LZTR1 that predispose to schwannoma disease. The detection rate for NF2 mutations in familial cases is 95%.

We know of a patient whose was told by their neurologist to avoid a list of potentially harmful substances for the inner ear. The list includes antibiotics, metals and some NSAIDs. Do you think it is advisable for patients to avoid these substances?

These are drugs which ‘occasionally’ can cause hearing problems. Used cautiously most should be OK in NF2.

That is, it is correct to relate a possible damage to the inner ear with the consequences of NF2?

It is possible that protein formed by the tumour in NF2 could affect the cochlear but no other direct effect has been shown.

We have noticed that once satisfactory results are obtained in the laboratory there is a delay in bringing them to clinical trials. What may be the cause of this delay?

Trials cost money and they need to be designed properly. Even if a drug has FDA approval and has been used in clinical trials, it is usually necessary to get drug company approval and that may not be forthcoming. Just giving a drug on a hunch will mean we will never get rigourous evidence that it works.

What determines the forthcoming approval?

Firstly ethics to undertake a study and then the rigours and expense of getting a drug approved.

How important is a genetic study for a NF2 patient? NF2 clinical manifestations may vary whether it is produced by genetic inheritance or by spontaneous mutation?

Yes, but they can give a strong guide as to severity. They also allow testing of offspring and if mosaic reassurance that offspring risks are well below 50%.

What is mosaicism and how does it affect the expression of NF2?

Mosaicism is when the underlying genetic mutation in NF2 occurs after conception when the egg and sperm come together to form the first cell. This means that most cells including schwann and meningeal cells don’t carry the fault. The later the fault occurs the less cells will be affected and the lower the risk of tumours and of passing on NF2.

Recently, we learned of a case of a NF2 patient who also is mentally handicapped. Is there a relationship between the conditions?

No. NF2 if anything appears to be associated with improved intellect. However there is a rare type of NF2 (less than 1% of all NF2) caused by a chromosome abnormality called ring 22. This condition does cause mental handicap usually with seizures.

In many countries targeted therapies, such as bevacizumab, are not considered to be an option for controlling the growth of our tumours. Do you think this option should now be available to all NF2 patients?

In the UK it is only available for rapidly growing schwannomas. It can probably only be used for 3-5 years so it is best to use it when most needed such as to save hearing in a last hearing ear with a growing tumour.

What type of tumours respond to bevacizumab?

70-80% of schwannomas. Possibly some ependymomas. Probably not of use in meningiomas

We’ve heard of a patient who was treated with bevacizumab and temsirolimus. The patient’s tumour shrunk by 15%. Do you think this combination could be a solution?

This could have been the effect of bevacizumab alone. The trials of M-Tor inhibitors have not been that exciting although they may slow growth.

What can you tell us about the effects of everolimus in NF2 patients?

It may be cytostatic–slow growth but overall most researchers feel it is not a good solution.

What do you think about the NF2 multidisciplinary center that works in Barcelona?

The Barcelona group to my mind are very good.

We are aware that the team in Barcelona have identified a possible gene therapy for a rare NF2 mutation. How close are researchers in identifying similar therapies for other NF2 mutations?

We are working on this in Manchester. Looking at a similar family and assessing whether skipping exons could still produce a functional NF2 protein.

Do you think that the formalization of a research consortium among countries in Europe that conduct research on the NF2 is possible? Do you think this could be an important contribution in finding a treatment for NF2?

Yes, this is important. There are already strong ties in Europe and through Children´s Tumor Foundation (CTF) in the USA. The new European association is hoping to take this forward. This was reformed at the recent 2014 Barcelona NF Europe meeting and involves a number of prominent NF researchers throughout Europe.

Do you consider it is necessary to change the name of NF2?

If we were naming it now for the first time, yes, it should be different. Schwanno-meningiomatosis is the obvious generic name but is too complicated for patients. I think it is best to leave it as to try and change now would take many years to get it universally accepted.

Do you consider it’s necessary to create an international registry for NF2 besides the registry of the CTF?

It would be a good idea but it costs money and is only as good as the data entered.

Do you believe that technology can help in reducing costs?

To some extent but it still depends on the quality of the data sent in.

Do you consider the quality of the data depends on the questions being asked?

Yes, to some extent. Ambiguity is a major issue.

Can you tell us about the job of The Neuro Foundation?

The main current role of Neuro is to provide individual and family support to people with NF through specialist advisors throughout the UK. It also acts as an advocate for NF and information supplier. Research is still an aim but with current resources Neuro has not been able to fund research recently.

How do you think patient groups can help in finding a treatment for NF2?

Join trials, keep an open mind, fundraise for research, be an advocate.

Special thanks to: Carolina Delsoglio and Gillian McCaughey